DO YOU KNOW YOUR METALS?

Iron is the fourth most abundant element in the crust, but makes up 34% of the Earth's mass. Although there is more aluminium in the crust, it is much lighter than iron and therefore less abundant by mass. However, in terms of surface availability or number of atoms it is considered more abundant.

What is metal made of?

Some metals, such as platinum, copper, gold and silver, are found in their pure elemental form. Other metals, such as bronze and brass, are made by combining two different metals. Copper and tin, for example, are smelted together to make bronze, which is an alloy of the two.

What is the most commonly used metal in the world?

Steel is the most commonly used metal in the world today, widely used by the building industry. An alloy of iron and other elements, steel has the benefits of high tensile strength combined with low cost which make it perfect for use in construction. It is used in the construction of roads, railways, infrastructure, appliances and buildings and most large, modern structures are supported by a steel skeleton.

What is the most expensive metal in the world?

What is the strongest metal in the world?

In terms of tensile strength, the strongest natural metal in the world is tungsten. With an ultimate strength of 1510 megapascals it possesses the highest strength of any natural metal and also has the highest melting point of any metal (that is unalloyed). If we widen the field to include alloys then steel would be considered the strongest, although this is a field that is constantly evolving and changing. The hardest metal, using the Moh scale as the deciding factor, is chromium a key ingredient in stainless steel. Chromium is often used in chrome plating, which protects against corrosion and physical damage. 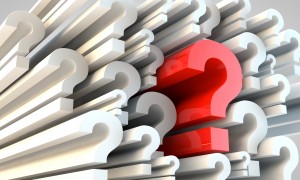