We have witnessed some of the world's major advances in iron and steel production take place here in Sheffield; operated as a company throughout the Industrial revolution and following the local disaster which was the Sheffield Flood in 1864, there are records showing William Rowland supplying material to companies and individuals rebuilding their devastated properties. Indeed we still have one of his original trading books from 1860's showing the various metals, alloys, hardware and ironmongery that company were actively selling then.

Diversification and innovation have been at the heart of company since its foundation. During the 1890's for instance, running alongside the metals side of the business William Rowland were selling, repairing, reupholstering and I believe also producing bassinettes and mail carts. They had a showroom on Meadow Street and were amongst the first companies to offer payment terms to customers. Returning to 1830 we can find this reference to how Sheffield looked when the company started out. It is taken from William Cobbett's Rural rides€ published in 1830 paints a picture of Sheffield at that time when the William Rowland business was born. All the way along, from Leeds to Sheffield, it is coal and iron, and iron and coal. It was dark before we reached Sheffield; so that we saw the iron furnaces, in all the horrible splendour of their everlasting blaze.

Nothing can be conceived more grand or more terrific than the yellow waves of fire, that incessantly issue from the top of these furnaces, some of which are close by the way-side. Nature has placed the beds of iron and the beds of coal alongside of each other, and art has taught man to make one, to operate upon the other so as to turn the iron-stone into liquid matter, which is drained off from the bottom of the furnace, and afterwards moulded into blocks and bars, and all sorts of things. The combustibles are put into the top of the furnace, which stands thirty, forty, or fifty feet up in the air, and the ever-blazing mouth of which is kept supplied with coal and coke and ironstone, from little iron waggons forced up by steam, and brought down again to be re-filled. It is a surprising thing to behold; and it is impossible to behold it. Without being convinced that, whatever other nations may do with cotton and with wool, they will never equal England, with regard to things made of iron and steel.

This Sheffield, and the land all about it, is one bed of iron and coal. They call it Black Sheffield, and black enough it is; but from this one town and its environs go nine-tenths of the knives that are used in the whole world€.In 1860 it is reported that there were 250 cementation furnaces in Sheffield. The furnaces are said to have produced around 80,000 tonnes of steel between them. Only one now still stands on Doncaster Street, and it's just round the corner from our Head office on Meadow Street. It was built in 1848 and was operated by Daniel Doncasters and sons (Formed way back in 1778) and manufactured hand tools. This furnace operated until 1951 and following its restoration during 1992/3 with financial help from the then Midland Bank is now looked after by the Kelham Island Industrial museum.

Cutlery and knife making has played a large part in the life of Sheffield. In 1624 Richard Sorby became the first Master Cutler of the new Company of Cutlers which was formed to regulate the industry. In 1662, it was estimated that 3 out of every 5 working men and women in Sheffield were either directly employed in or associated with the cutlery trade. The trade encompassed not only tableware but scissors, razors, shears, sickles, pocket knives and makers of wrought iron. William Rowland was founded in 1830; at the time the population of Sheffield was around 91,700, so you can imagine just how many people were involved in iron and steel in one way or another. Out of interest in 2014 the estimated population of Sheffield was put at 563,749.Sheffield became a municipal borough in 1843 and a city in 1893.The real expansion of Sheffield cutlery mirrored the growth of the Imperial Britain when it began to be exported worldwide as new colonies were formed. The famous frontiersman Jim Bowie, who perished at the battle of the Alamo in 1836, gave his name to the Bowie knife. This had gone on to become a very desirable €œ must have€ and were produced, and of course still are, from high quality carbon steel in Sheffield from the 1830's and exported in huge numbers to the Americas due to the absence of any real steel production over there at the time. Many famous names were making them, Samuel Wragg, William Greaves, Unwin and Rogers, William Butcher amongst them. The cutlery firm of George Wostenholm were considered the market leaders from the 1850's onwards to the early 1890's by which time both America had steel production of its own feeding the expansion of their railways etc. Sheffield has an association with the steel industry reaching way back but developed from Benjamin Huntsman improving the quality of steel with his crucible steel production method. Innovations in steel making throughout the Industrial revolution continued. Henry Bessemer patented the Bessemer process around 1856 enabling large scale production to take place on more or less a continuous basis. Two Sheffield steel makers were originally licenced by Henry Bessemer to make steel using his production method, these were George Cammell and John Brown. Sheffield's Kelham Island Industrial museum has one of only three left in the World standing outside the museum. It was used by a former British Steel plant in Workington until around 1974.

1882 ushered in the discovery of Robert Hadfield's manganese steel which was another mile stone in the history of steel making. The mechanisation of Industrial revolution with its steam powered engines, expansion of the railways at home and abroad, bridge and shipbuilding created a massive demand for iron and steel. Sheffield Steel men such as Thomas Jessop (By the end the 19th century his Brightside works was the largest in the United Kingdom), John Brown (Who was the first Sheffield steel maker to knighted in 1867), Thomas Firth (in 1908 the John Brown company and Thomas Firth and sons formed the Brown Firth Research laboratories where Harry Brearley made his breakthrough with high chrome stainless steel in 1913.) , Charles Cammell (A recognised manufacture of steel for rails, engineering, locomotive products and also of amour plate at his famous Cyclops works in Sheffield.), Robert Hadfield Jnr (Was one of the first employers to introduce the eight hour working day. In 1919 they were Sheffield largest employer with 15000 people on the books and was perhaps the largest special alloy steel producer in the country), Samuel Osbourne (Aware of the work being done in the Forest of Dean by Robert Mushet, bought the sole rights to produce the self-hardening steel which was far superior in quality to crucible steel.) and alike were there to provide it. In 1913 the Harry Brearley invented stainless steel originally for knife blades. This continues today with stainless grades 18/8 and 18/10 being the most popular types the numbers of course represent the percentages of chrome and nickel present in the steel.

It is the production of these special and alloyed steels that Sheffield became known for as time went on. With all this development taking place William Rowland's innovation allowed it to expand and diversify to meet the varied challenges and to maximise the opportunities which presented themselves. By the 1950's basic oxygen steel making had largely replaced both Bessemer and open-hearth methods of steel production. The nationalisation and denationalisation of the Steel industries saw many foundries close, mergers created, famous names disappeared and new ones appeared. Whist some have gone by the wayside, for instance Robert Hadfield's East Hecla works is now the site of the Meadow Hall shopping centre. Brown Bayley Steels was on the site of the Don Valley Sports Stadium, itself now being redeveloped, there are still many companies involved in the production, stock holding, rolling and forging of steel in Sheffield.

From our humble beginnings William Rowland Limited is still on Meadow street, on the same site we were on in 1830, in the heart of the Steel City of Sheffield , or as it is sometimes referred to by locals, The world's biggest village€, and has become one of the most respected trading companies in the world. 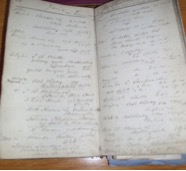