Progress for the UK Automotive Industry

In the aftermath of Brexit there has been much uncertainty regarding the future of the British economy and what the impact might be on the automotive industry, which for the past decade has been one of our biggest success stories. The industry currently provides approximately 800,000 jobs across the UK, accounting for over £69.5 billion turnover last year, and adding £15.5 billion in value to economy.

Despite the fears that have been raised, and the uncertainty that still surrounds how and when Britain will leave the EU, on Thursday many were excited to hear the news that Nissan had committed to building 2 new car models at the Sunderland plant currently owned by the company. The Japanese company will be producing the next Qashqai and next X-Trail model at the plant which will secure more than 7,000 jobs and is undoubtedly a welcome step for the UK.

With around 80 per cent of the vehicles produced at the Sunderland plant being exported, the prospect of changing tariffs and customs is one that has had the motor industry worried.

Despite this, Nissan have committed themselves to retaining and increasing investment in the plant with chairman and CEO Carlos Ghosn commenting ‘The support and assurances of the UK government enabled us to decide the next-generation Qashqai and X-Trail will be produced at Sunderland. I welcome British prime minister Theresa May’s commitment to the automotive industry in Britain and to the development of an overall industrial strategy’.

This could also be, in turn, a welcome step for the UK steel industry which has been suffering heavily this year. Nissan has previously advised that over half the steel used at the Sunderland plant comes from Port Talbot, with the rest sourced in mainland Europe. 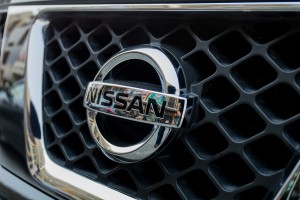