Scrap Metal - What is the law?

This week the Home Office have launched a review of the Scrap Metal Dealers Act, the latest version of which came into place several years ago in October 2013. Any stakeholders have been given until the end of January to submit ideas on possible amendments to the legislation, but what are the current rules surrounding scrap metal?

There have been laws in place governing the use of scrap metal since the Scrap Metal Dealers Act of 1964 was first put in place. These were most recently amended in 2013 when the government made it mandatory for all scrap metal dealers to hold a valid licence, with fines of up to £5,000 put in place for anyone found to be without one. The aim of this was to clamp down on rogue traders and reduce metal theft. Additional powers were also given to local authorities and police to inspect any premises where they suspected illegal activity was being conducted, and to refuse or even revoke licences if necessary.

The 2013 legislation also demanded a list of registered scrap metal dealers be made accessible to the public, and decreed that dealers must in turn verify the name and address of any sellers (information which must then be recorded and kept available).

In their review of this legislation, the Home Office will engage with law enforcement personnel as well as leading industry members to ascertain whether it has benefitted the scrap metal industry and determine what changes may need to be made.

The British Metal Association (BMRA) has welcomed the review, which was originally scheduled to take place in 2018, with their chief executive Robert Fell commenting, ‘As an industry and a country, we cannot afford to be complacent; we need to strengthen the Act and commit specific police funding to enforcement too. The association will be seeking evidence from our members regarding the limitations of the Act to inform our submissions to the Home Office’. 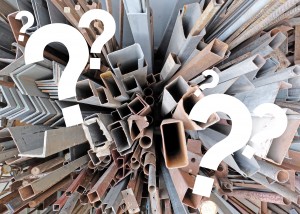