The origin of the steel skyscraper

Although they are undoubtedly still impressive, skyscrapers have become a common feature of modern cities that we have become accustomed to seeing on busy skylines such as New York and London. Constantly evolving, they push the limits of architectural design, with the Burj Khalifa pushing an imposing 828 metres in height. However, this is a far cry from the humble origins of the modern skyscraper which began in 1884 with a small structure of only 10 storeys in Chicago.

The Home Insurance Building of Chicago, designed by William Le Baron Jenney, was the first structure to utilize a steel skeleton on the interior to support its weight. This is one of main factors a building must have in order to be classed as a skyscraper in modern architecture so despite the relative lack of height, the Home Insurance Building is what kickstarted the evolution of skyscrapers.

Jenney was the man who came up with the idea of relying on the strength of metal to support his vision, rather than stone. At the time the building was constructed this was unheard of and the city of Chicago halted construction of the building at one point to investigate its stability, so new was the idea. Although Jenney initially thought an iron frame would be the best option, he switched this to steel half way through the project, which would go on to become an incredibly important decision.

As architects began to incorporate steel and other metals into the construction of their buildings, it became possible to start pushing the limitations of height as buildings became stronger and more stable. Although the first skyscraper may only have been 10 stories tall, todays skyscrapers are defined as having at least 40-50 floors and are usually higher than 100 metres, although many go far above this. Modern skyscrapers do not have load bearing walls as they used to, due to their height, and instead architects must consider how to counteract things like wind and seismic loads through their structure. Most modern skyscrapers use a tubular design, a concept made popular by designer Fazlur Rahman Khan in the 1960s, as this allows them greater flexibility in their design rather than having to confirm to a rectangular or box shape. There are many famous examples of both designs still in existence. 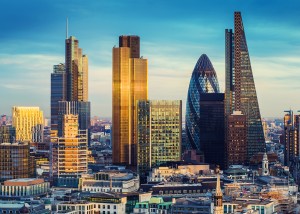