Tin is a chemical element, belonging to group 14 of the periodic table. Its symbol is Sn, which comes from the Latin stannum, and it is what we call a post-transition metal. It is commonly used in alloys, including bronze and pewter, as well as in the plating of steel to add a corrosion resistant layer.

Malleable and very ductile, tin is a silvery white coloured metal that has a relatively low melting point of 232 degrees Celsius (the lowest within that group in the periodic table). As it is so soft, it is unusual for tin to be used in its pure form and instead it is most commonly seen in alloys. Bronze is one of the most popular alloys we see tin in, produced since as early as 3000 BC. It is comprised of around 12% tin and the remainder of copper with a small amount of other metals such as aluminium and nickel. Tin is also used heavily in pewter, which can contain as much as 90% tin alongside copper, lead and antimony.Due to a high level of corrosion resistance, tin is often used as a coating for lead, zinc and steel. Combined with a low level of toxicity this makes tin a perfect material for us in food packaging, such as tin plated steel cans.Tin is also popularly used with lead as solder, which is used in electric circuits as well as piping systems. Following the European Union Waste Electrical and Electronic Equipment Directive and Restriction of Hazardous Substances Directive, which was introduced on 1 July 2016, the content of lead has decreased which leads to problems when trying to replace it, such as a higher melting point. Tin pest can sometimes occur in lead-free solders, which causes the deterioration of the tin at low temperatures.

Today the London Metal Exchange (LME) is the primary trading place for tin, although other tin markets include the Kuala Lumpur Tin Market (KLTM) and the Indonesia Tin Market (INATIN). Tin has historically had a high price especially during the years of agreements between producer and consumer countries. The International Tin Council have tried to keep this stable by buying stockpiles during periods of low price and selling these again during periods of high price in an effort to keep the price steady. However, the stockpile was never large enough and during the years of 1956 to 1985 tin prices mainly rose. The recession of 1981-82 had a dramatic impact on the tin industry with consumption reducing and the ITC stumbling into debt. This culminated in it reaching its credit limit in 1985 and tin being delisted from trading on the LME for three years. Following this, the ITC was dissolved and the price of tin has become more stable.Today, William Rowland sells tin in the form of pellets and sticks. 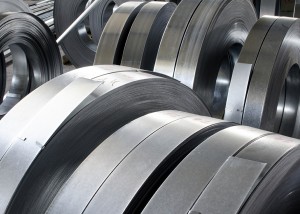