Titanium why is it so expensive?

Titanium is a lustrous, silvery coloured metal that is known to have particularly high strength and low density. It was first discovered in Cornwall in 1791 and takes it names from Greek mythology, after the Titans.

Titanium is used in a wide number of industries including aerospace and jewellery making, and it is valued for being highly resistant to corrosion particularly from chlorine and seawater. But why is it so expensive?

Titanium cannot be extracted by using carbon to reduce the ore as it forms titanium carbide making the metal very brittle. Instead, the extraction process involves several stages that are referred to as the Kroll Process. It is the complexity of this process and the energy expended in production that gives titanium its high market price. The metal must first be turned into a porous form, or titanium sponge as it is sometimes called. From this ingots can be formed by slowly melting the porous metal and these ingots can then be turned into smaller products such as bills, bars, sheets, strips and tubes. Successive re-melting of the metal still produces a high quality metal.

Because titanium has such a high melting point, the temperatures required for this process are extremely high and it is thought that the conversion of the metal to ingots accounts for around 30% of the cost of the entire process. A lot of energy is needed and the process is labour intensive. The strength of titanium means the process is slow and once the finished product is done around 90% of the original material has been lost. When used in the aerospace industry, for example, 1kg of finished titanium has come from almost 11kg. 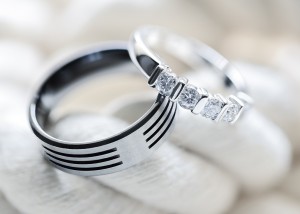