The term 'transition metals' is generally used to describe any element in the d-block of the periodic table, which includes groups 3 to 12. A transition metal is an element whose atom has a partially filled d sub shell, or which can give rise to cations with an incomplete d sub shell.

Three of the most noteworthy elements are iron, cobalt and nickel as they are only elements known to produce a magnetic field.

There are several properties identified in the transition elements that are not found in other elements, as a result of their partially filled d shell.

Transition metals are generally hard and dense, and less reactive than any of the alkali metals. Some of the main shared properties of transition metals can be identified as the below:

There are exceptions to this and not all transition metals will possess these properties though.

Transition metals have a wide variety of uses, with some of the main ones listed below:

Iron is often made into steel, which is stronger and more easily shaped than iron on its own. It is widely used in construction materials, tools, vehicles and as a catalyst in the manufacture of ammonia.

Copper because it is such a good conductor of electricity, copper is often used in electricity cables. It is easily bent and does not react with water so it is also often used to make water pipes. 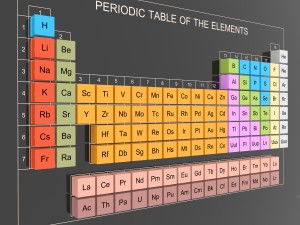