In a letter written to the seventh Earl of Shrewsbury in 1608, we read that upon visiting Sheffield, the writer thought he might be €œhalf choked with town smoke.€ The dregs of the industrial revolution are still seen today, all over the UK, in black soot coating on any building that still stands and was standing during that time period. But the history of the UK metal industry goes back much further than the industrial revolution.

Here are five other things you never knew about the UK metal industry:

1. The earliest reference to cutlers appears in 1297.

In the tax records from this year, we find that a cutler was taxed in Yorkshire county. A cutler, of course, makes metal forks, knives, and spoons, at this time, probably for the rich families and noblemen in the area. While cutlery is by no means a modern invention, to find record of it so early in the UK's history is remarkable.

2. The entire UK metal industry was built on the back of the cutlery industry.

When the demand for metal like iron and steel increased as new technologies were invented, forges that were before almost exclusively used for making knives, forks, and spoons were expanded, many abandoning cutlery altogether to forge steel for use across industries.

3. The first crucible steel was made in England.

While this might not be of interest to those who are not in the metal industry, it is notable that the first steel ever made in a crucible was made right here in the UK. This discovery made it possible to make higher quality steel, by refining the materials and it shifted the center of England's metal industry from London to Hallamshire.

Counties like Yorkshire, that had massive forges in operation during the industrial revolution, were also the counties that saw population booms. Today, it is still these areas that have the largest population centers in the UK.

5. Though not the largest producer, the UK is known for specialty metals.

Since the industrial revolution, countries like Germany and America have overtaken the UK when it comes to mass metal production, but those looking for higher-quality metals will still turn to the UK market. 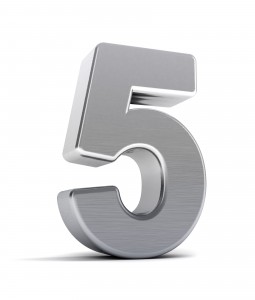