THE HISTORY OF THE LME

Formerly established in 1877, the London Metal Exchange (or LME) is 138 years old. Its origins, however, can be traced as far back as the reign of Elizabeth I. In its earliest days, traders meet in London’s coffee houses to do business – the Jerusalem Coffee House being a particular favourite.

A makeshift ring would be drawn on the floor in chalk and the merchant would position himself in the middle before calling out ‘Change’, the signal for those wishing to trade with him to come forward with their offers. This is, of course, the beginning of the tradition of the ring, the oldest way of trading on the exchange. Initially, the merchant gatherings were limited to British traders, but as Britain became a major metal exporter it began to draw the interest of European merchants too. Although a far cry from what the LME is today, these crude gatherings formed the basis of what would become the world’s largest market in options and futures contracts on base and other metals.

As Britain became more technologically advanced during the 1800’s, the business of metal trading became more organised. Metal traders began to import from as far away as Malaysia and Chile and the invention of the telegraph allowed them to communicate between continents thus enabling them to establish prices and delivery dates on their cargo. This was an essential development – before this there was no way of establishing a price before delivery, or even knowing when the delivery might take place.

The opening of the Suez Canal in 1869 reduced the time it took to deliver tin from Malaysia to 3 month, perfectly matching the delivery time of copper from Chile and establishing the LME’s unique system of daily prompt dates for up to three months forward. This system is still in existence today. With the trade in metal futures increasing exponentially to meet the demand of the British industry it was only a matter of time until a formal organization was established and in 1877 the London Metals and Mining Company was born in a hat shop over Lombard Court.

Today, the LME continues to thrive and is constantly adapting to the ever-changing world of metals and base trading. The most recent development in their story came in 2012 when the LME was acquired by Hong Kong Exchanges & Clearing Limited.
William Rowland Ltd actively trade major LME metals, Aluminium, Copper, Lead, Nickel, Tin and Zinc. As part of the Amalgamated Metal Corporation they are also able to draw on the services of the very well established tier one ring dealing member AMT – Amalgamated Metal Trading. 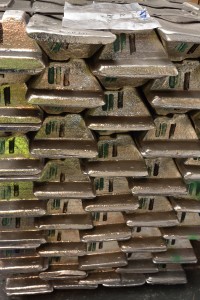