UK steel and the American market

As Donald Trump increases protectionism in the United States, UK steel workers have voiced their concerns and begun lobbying the government in an effort not to be cut off from the American market.

In April of this year, President Donald Trump launched a ‘Section 232’ investigation with the purpose of studying steel imports in the country with a view to protecting the US industry. His aim was to ‘fight for American workers and American-made steel’, protecting the US steel sector, something he considers a matter of national security.

Currently, around 25% of the US steel market is made up through Chinese imports and Trumps concern comes from the worry that this could overwhelm the American industry with its huge steel making capacity. Although the investigation is not targeted at one particular nation according to authorities, the outcome could mean a significant increase in the tariffs that are placed on foreign steel, in an effort to protect and preserve the domestic industry.

Whilst steel production and import to the US is on nowhere the same scale for Britain as it is for China, British steel workers are still fearful that the outcome of the investigation could deal a heavy blow to the UK steel industry if larger tariffs were introduced for all imports to the US. Currently exports to the US from Britain account for a massive £340 million per year in sales and around 250,000 tonnes of the 7.6 million tonnes produced each year. 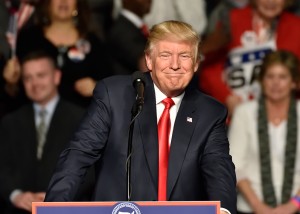